There is a good news for macOS users. Now, you can download Microsoft Edge for Mac. After releasing the Chromium-based Edge browser for Windows 10, the company has finally released the Edge Chromium for Apple’s macOS.

At the first stage, it was only available for 64-bit Windows 10, and after that Microsoft also released it for the 32-bit systems. The Microsoft Edge on macOS looks similar to the one available for Windows OS.

The new Chromium Edge browser for Mac supports all keyboard shortcuts, and it looks and feels like a Mac app. There is no difference in between the Windows and macOS versions. Microsoft has included almost all the features in Mac like the Windows version.

What is Inside the Edge Browser for Mac?

You can see a clean layout and Chrome like fast performance in this new browser. Microsoft has added the Touch Bar support to control the media, and you can also use it to switch different tabs from the Touch Bar.

The minor difference is the rounded corners for tabs, which is only available on the macOS version. But, the good news is, Microsoft is planning to add this UI to Windows very soon.

There are a few new privacy control features only available on the Windows version. With this Collections feature helps to collect text, images, and basic notes from the Internet. Microsoft is planning to include these features on macOS builds later this year.

If you dig into the history, then you’ll see Edge will probably be Microsoft’s very first internet browser to the Mac operating system, because Internet Explorer has not received any update since last 16 years (July 11, 2003).

The Chromium-Based Edge for Mac is currently available to the users running on macOS 10.10 Yosemite or higher. Before downloading the package, make sure that your system fulfills the minimum requirements.

As like the Windows one, there are also three download channels; Canary Channel, Dev Channel, and Beta Channel. On the official website, currently, there is only Canary Channel available for download. Let’s me inform you that this channel updates daily.

I also found the download link for the Dev Channel on the Internet, which is Microsoft’s link and it’s safe to download. But, don’t know why the Dev Channels is not showing on the public page.

1. On you Mac computer, visit the official page to download the package. The size of the package is around 120MB.

2. Use the blue Download for macOS button to save it in your computer.

3. After that, run the installer to install Edge Chromium in your system.

How to Use Microsoft Edge on Mac?

Once it gets installed, launching the Edge browser on macOS is save as the other apps installed on your system. When you launch it for the first time, it’ll ask you to import bookmarks, passwords or settings from the existing web browsers installed on your Mac.

If you have the Edge Chromium installed on your Windows PC, you can sign into your Microsoft account to sync the data from your Edge browser with Mac.

Hope, you know how to download Microsoft Edge for Mac. If you just want to play with the browser, then prefer the Dev Channel to download. Because, it’s more stable than the Canary one. 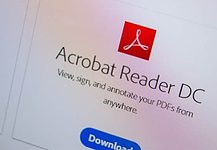 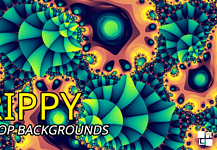 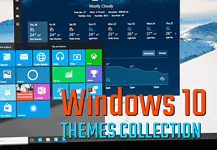 Which Processor is Cheapest to Run Windows 11?