Is Facebook useful or a waste of time? In reality, Facebook is neither real nor effective; it is merely an advanced form of electronic bulletin board that has existed since the development of the Internet. In this column, I will attempt to demonstrate that Facebook does not actually bring people together in any conventional sense, but rather pushes them apart.

Contents show
Reasons Why Facebook is a Waste Of Time
#1. Like Button
#2. Tagging Others
#3. Commenting
#4. Friend Request
#5. Group and Page

If you spend a lot of time on Facebook, it is a prison for you. You sit around, waste time, change your profile picture frequently, write on walls, and you are also poked by people you do not know. Even though this is what Facebook is, you will still find almost 2 billion Facebook users spread around the world and an average Facebook user spends 40 minutes a day on the site.

After every few months, Facebook introduces new features to get engaged with people. Here I have shared some of the best features that I think are the reasons why Facebook is just a waste of time. Let’s check it out.

Like button is placed all over Facebook; on Status, Photos, Videos, Comments, everywhere. This is a great advantage of Facebook that people must love to do, Liking. If anyone saw a status or a comment, then they don’t forget to like it.

One thing that I noticed girls got much more likes than boys. You can see competition between friends to get more likes. That’s why very often they post pictures on their timeline. Last year, Facebook introduced more emotions on the like button; Love, Sad, Lol, etc.

For me, tagging is an irritating option on Facebook. Even so, a person is more likely to be tagged on Photos than they are tag others. As people think if you tag more than you’ll get further likes and probably makes good relationships with friends.

Now tagging is upgraded on status and comment and anyone can tag you in that by using the “@” symbol. This is another reason to waste your time on Facebook.

As the Like button, commenting is also a most-used option on Facebook. Users comment on others’ Facebook status pages more often than update their status. This is amazing human nature that people give more interest to others than their own. Every user counts two things, how many likes and comments he/she got.

On average, every user gets 7 friend requests in a month. Men are counted as more friend request senders and women as more request receivers. The interesting fact is that a user has many friends, but they don’t know each other. More friends on Facebook mean more time on Facebook.

A power user means an active user who spends more time on Facebook and has different groups and pages. A productive user does more things in groups and Pages. Pages are mainly to promote something and Groups are for discussion, but people do nothing about that.

I think these are the main reasons why Facebook is a waste of time. A report on Facebook’s users saw that 96 percent of students are using Facebook. Among them, 80 percent is an active users. Social networking is the best source to know about the outer world, but people waste their time on Facebook by doing unnecessary activities.

They are forgetting real-world relationships and meeting people. So, do Facebook for entertainment and learning purposes, not for wasting your expensive time. If it has once gone, then never come back again. 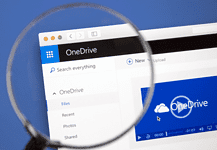